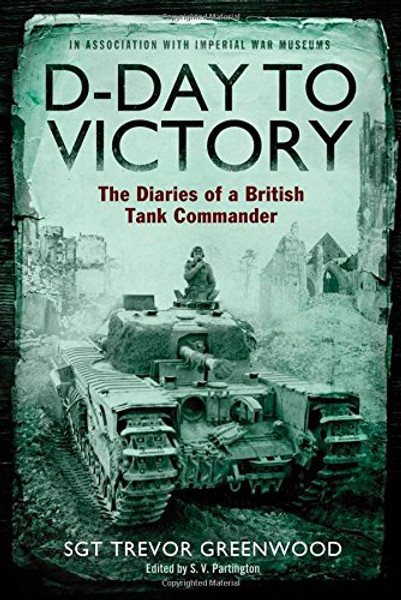 Tank Commander Sgt Trevor Greenwood of C Squadron, the 9th Royal Tank Regiment, sailed for France in June 1944 as part of the Allied invasion of Normandy. From D-Day until April 1945, he kept a daily diary of his experiences of the final push through France and into Germany, often writing in secret and in terrible conditions. Under fire, outgunned and facing a bitter winter, he never loses his moral compass or his sense of humour - finding time to brew tea and maintain morale with characterful British reserve.He writes candidly of his frustration and despair of seeing Bomber Command mistakenly bomb Allied lines near Caen (August 1944), the liberation of Le Havre (September 1944), the fighting around Roosendaal, Holland (October 1944), the reception of soldiers by the Dutch families on whom they were billeted (December 1944), and concludes with 'mopping up' operations in northern Germany (April 1945). His astonishing diary has left us a unique record of the war in Europe from the rarely-seen perspective of an ordinary soldier.An accompanying essay about the tank battles of Normandy by Duxford Museum's tank expert provide added value.

Cursed Days: A Diary in Revolution

Cursed Days: Diary of a Revolution

Diary of a Cosmonaut: 211 Days in Space

Numbered Days: Diaries and the Holocaust