Cuba and the United States: Ties of Singular Intimacy 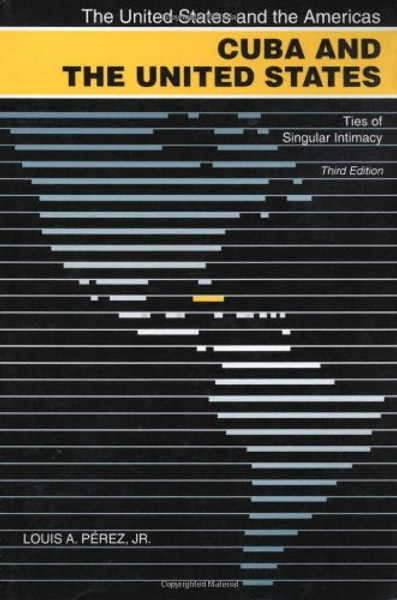 Cuba and the United States: Ties of Singular Intimacy

The Times Literary Supplement calls Louis A. Prez Jr. the foremost historian of Cuba writing in English. In this new edition of his acclaimed 1990 volume, he brings his expertise to bear on the history and direction of relations between Cuba and the United States.

Of all the peoples in Latin America, the author argues, none have been more familiar to the United States than Cubanswho in turn have come to know their northern neighbors equally well. Focusing on what President McKinley called the ties of singular intimacy linking the destinies of the two societies, Prez examines the points at which they have made contactpolitically, culturally, economicallyand explores the dilemmas that proximity to the United States has posed to Cubans in their quest for national identity.

This edition has been updated to cover such developments of recent years as the renewed debate over American trade sanctions against Cuba, the Elin Gonzlez controversy, and increased cultural exchanges between the two countries. Also included are a new preface and an updated bibliographical essay.

That Infernal Little Cuban Republic: The United States and the Cuban Revolution

The War of 1898: The United States and Cuba in History and Historiography