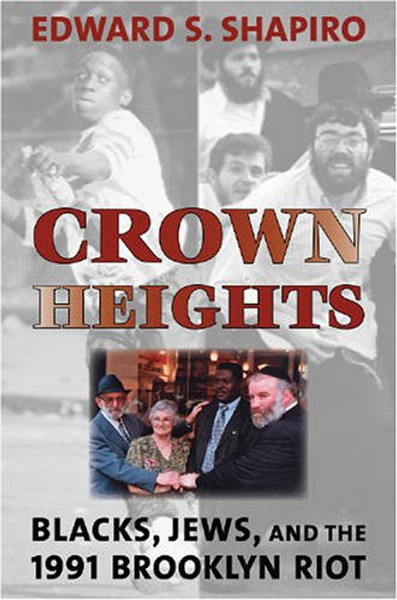 On the afternoon of August 19, 1991, Rabbi Menachem Mendel Schneerson, the spiritual leader of the worldwide Lubavitch Hasidic movement headquartered in the Crown Heights neighborhood of Brooklyn, visited the Old Montefiore Cemetery in Queens to pray at the grave of his predecessor. A police car from the 71st Precinct accompanied him. On their return, they were joined by a station wagon containing four young members of the Lubavitch community, who had arrived earlier at the cemetery to prepare for Schneerson's arrival.

Traveling west, the procession reached Utica Avenue. Gavin Cato, the seven-year-old son of Guyanese immigrants, was on the sidewalk near his apartment on President Street, repairing his bicycle chain. His seven-year-old cousin Angela was playing nearby. The police car and Schneerson's automobile crossed Utica on a green light and proceeded along President Street at a normal speed. But the third car had fallen behind. Not wishing to lose sight of Schneerson's car, it either crossed Utica on a yellow light or ran a red light--and collided with a car moving north on Utica. The station wagon veered onto the sidewalk on President Street, knocking over a 600-pound stone pillar from a building and striking both Gavin and Angela Cato, pinning them beneath the car. Angela survived; Gavin did not.

Gavin Cato's death set off three days of riots. Yankel Rosenbaum, an Australian Orthodox Jew doing research in New York City for his doctoral dissertation at the University of Melbourne, was stabbed to death a few blocks away by a group of young black men. Cato's and Rosenbaum's deaths became heated symbols in a political and cultural struggle that pitted not just Hasidic Jews against black residents of Crown Heights, but also black radicals against the black-dominated Brooklyn political establishment; the black mayor and his black police commissioner against the largely white police force; the United States Department of Justice against New York politicians; and the leadership of Manhattan-based Jewish organizations against Jews from the outer boroughs. The riot strained race relations in the city, led some to question the viability of urban liberalism and the black-Jewish political entente, raised concerns about the extent of black antisemitism, and led the federal judiciary to broaden the scope of federal civil rights legislation to include Jews.

The American Jewish Story through Cinema (The Jewish History, Life, and Culture)

The Other in Jewish Thought and History: Constructions of Jewish Culture and Identity (New Perspectives on Jewish Studies)