Crisis Tales: Five Rules for Coping with Crises in Business, Politics, and Life 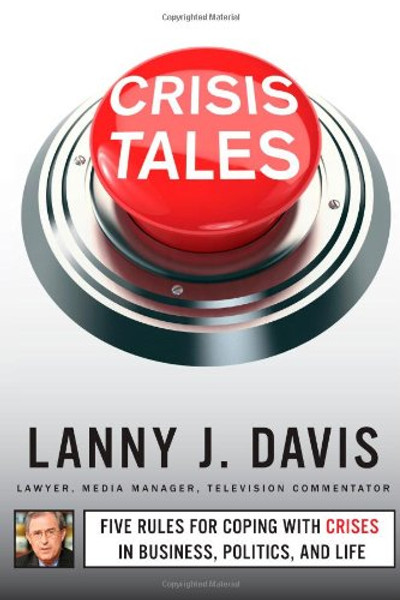 Crisis Tales: Five Rules for Coping with Crises in Business, Politics, and Life

A veteran political strategist provides insight into crisis management on cases ranging from Martha Stewart to Whole Foods to Bill Clinton in a book on what to do when disastersboth personal and politicalstrike.

TELL IT ALL, TELL IT EARLY, TELL IT YOURSELF

Nobody ever calls Lanny Davis to give him good news. As a legal crisis manager, hes the man public figures such as Bill Clinton, Martha Stewart, U.S. representative Charlie Rangel, and companies such as Whole Foods, among many others, rely on to pull them through public scandal with their reputations intact.

Winning your case in a courtroom instead of the media is no longer a viable option. These days, every scandal is tried in the court of public opinion. Refusing to dignify allegations with an answer is grounds for flagellation by the press. Political insider Davis has spent years helping politicians, sports figures, business executives, and corporations through the biggest reputation crises of our times, and each case has aided him in the creation of five invaluable rules that absolutely anyone can use to protect himself from damaging hearsay online and off.

In this fascinating and practical resource, Davis tells the real stories behind his famous clients very public scandals as he explains what he and his team did right, what they did wrong, and how they learned from their mistakes and successes. As impossible as it is to believe, many public relations experts still rely on the faulty Nixon modeldeny, deny, deny. This tactic was detrimental not only to Nixons presidency but, for example, to Exxon and BP (not Daviss clients) following major oil spills. Instead, Davis believes, it is important to tell the full story yourself, even if it means sharing unflattering details before they leak on their own. By getting ahead of the story, you have more control over how the information is reported and perceived in the media.

Damaging falsehoods can go viral in an instant, but the nations premier political spin doctor will teach you how to fight back.

Crises of the Republic: Lying in Politics; Civil Disobedience; On Violence; Thoughts on Politics and Revolution