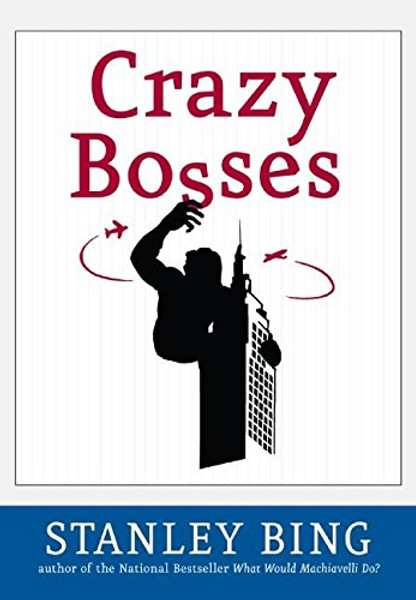 Since the latter part of the century just past, Stanley Bing has been exploring the relationship between authority and madness. In one bestselling book after another, reporting from his hot-seat as an insider in a world-renowned multinational corporation, he has tried to understand the inner workings of those who lead us and to inquire why they seem to be powered, much of the time, by demons that make them obnoxious and dangerous, even to themselves.

In What Would Machiavelli Do?, Bing looked at the issue of why mean people do better than nice people, and found that in their particular form of insanity lay incredible power. In Throwing the Elephant: Zen and the Art of Managing Up, he offered a spiritual path toward managing the unruly executive beast. And in Sun Tzu Was a Sissy, he taught us how to become one of them, and wage war on the playing field that ends in a dream home in Cabo. Now he returns to his roots to offer the last word on the entity that shapes our lives and stomps throughand onour dreams: The Crazy Boss.

Students of Bingand there are many, secreted inside tortured organizations, yearning for blunt instruments with which to fightwill note that he has walked this ground before, looking for answers. In 1992, he published the first edition of Crazy Bosses, which was fine, as far as it went. Now, some 15 years and several dozen insane bosses later, he has updated and rethought much of the work. Back in the last century, Bing was a small, trembling creature, looking up at those who made his life miserable and analyzing the mental illness that gave them their power. Today, while still trembling much of the time, he is in fact one of those people his prior work has warned us against. His own hard-won wisdom and now institutionalized dementia make this new edition completely fresh and indispensable to anyone who works for somebody else or lives with somebody else, or would like to.

In short, Bing is back on his home turf in this funny, true, and essential book, peering with his keen and frosty eye at the crazy boss in all his guises: the Bully, the Paranoid, the Narcissist, the Wimp, and the self-destructive Disaster Hunter. If you loved the original, classic Crazy Bosses, you'll be thrilled to plunge back into the new, refurbished pool. If you are new to the book, strap yourself in: it's going to be a crazy ride.

India: A History. Revised and Updated