Conquer or Die!: Wellington's Veterans and the Liberation of the New World (General Military) 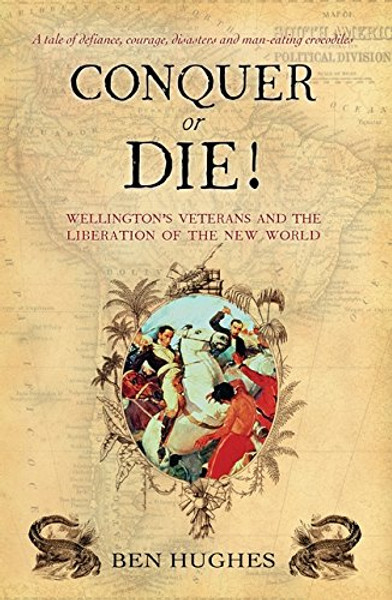 Conquer or Die!: Wellington's Veterans and the Liberation of the New World (General Military)

In 1815, just after the battle of Waterloo, over 6,000 British volunteers sailed across the Atlantic to aid Simon Bolivar in his liberation of Gran Columbia from her Spanish oppressors. The expeditions were plagued with disaster from the start, when one ship sank shortly after leaving Portsmouth with the loss of almost 200 lives. Those who reached the New World faced disease, wild animals, mutiny and desertion. Conditions on campaign were appalling, massacres were commonplace, rations crude, pay infrequent and supplies insufficient. Nevertheless, those who endured made key contributions to Bolivar's success.

This book tells the fast-paced and entertaining story of the British volunteers from the raising of the regiments in Britain to the perils of campaigning to their defiant stand at the battle of Carabobo. Drawing on the volunteers' memoirs, letters and journals, supported by unpublished documents and newspaper reports, Conquer or Die! is the result of research across two continents.