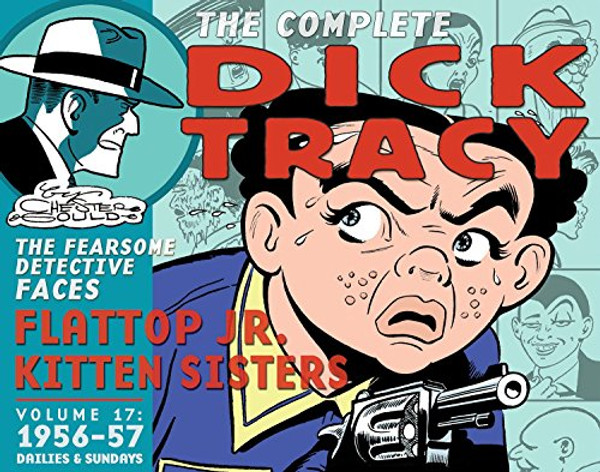 Dick Tracy celebrates its 25th Anniversary as Chester Gould ups the ante in his assault on juvenile delinquency in the startling and literally haunting conclusion to the Flattop Jr. saga. Meanwhile, the squad room becomes co-ed when Lizz permanently joins the cast. Money remains the motivating factor for a new host of crazed villains, including the gymnastic murderesses, the Kitten Sisters; killer con men, the Clipso Brothers; two different spouse slayers; a notorious counterfeiter; and a blind drug pusher. And, Gould interposes some comedic relief the return of bandleader Spike Dyke and the introduction of Morin Plenty (B.O.s 88-year-old father) and his sugar-addicted wife Blossom but humorous interludes are short-lived. Tragedy rules the day in Volume 17, reprinting strips from May 14, 1956 through December 14, 1957.

Chester Gould: A Daughter's Biography of the Creator of Dick Tracy