Cities of Knowledge: Cold War Science and the Search for the Next Silicon Valley (Politics and Society in Modern America) 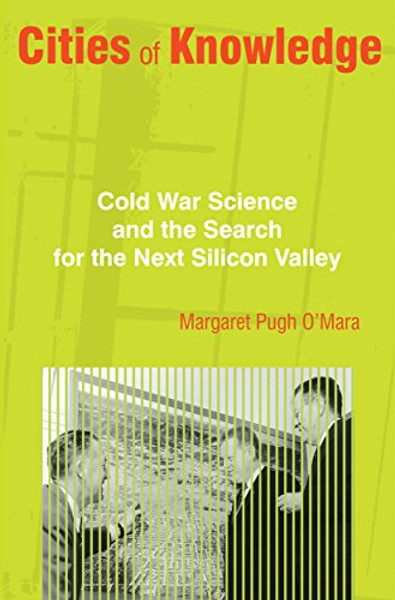 Cities of Knowledge: Cold War Science and the Search for the Next Silicon Valley (Politics and Society in Modern America)

What is the magic formula for turning a place into a high-tech capital? How can a city or region become a high-tech powerhouse like Silicon Valley? For over half a century, through boom times and bust, business leaders and politicians have tried to become the next Silicon Valley, but few have succeeded. This book examines why high-tech development became so economically important late in the twentieth century, and why its magic formula of people, jobs, capital, and institutions has been so difficult to replicate. Margaret O'Mara shows that high-tech regions are not simply accidental market creations but cities of knowledge --planned communities of scientific production that were shaped and subsidized by the original venture capitalist, the Cold War defense complex.

At the heart of the story is the American research university, an institution enriched by Cold War spending and actively engaged in economic development. The story of the city of knowledge broadens our understanding of postwar urban history and of the relationship between civil society and the state in late twentieth-century America. It leads us to further redefine the American suburb as being much more than formless sprawl, and shows how it is in fact the ultimate post-industrial city. Understanding this history and geography is essential to planning for the future of the high-tech economy, and this book is must reading for anyone interested in building the next Silicon Valley.

Agent Orange: History, Science, and the Politics of Uncertainty (Culture, Politics, and the Cold War)

Americans at the Gate: The United States and Refugees during the Cold War (Politics and Society in Modern America)

White Flight: Atlanta and the Making of Modern Conservatism (Politics and Society in Modern America)

A History of the Modern Fact: Problems of Knowledge in the Sciences of Wealth and Society