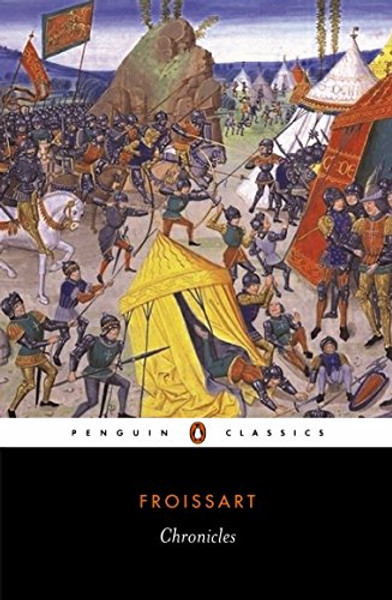 Depicting the great age of Anglo-French rivalry from the deposition of Edward II to the downfall of Richard II, Froissart powerfully portrays the deeds of knights in battle at Sluys, Crecy, Calais and Poitiers during the Hundred Years War. Yet they are only part of this vigorous portrait of medieval life, which also vividly describes the Peasants' Revolt, trading activities and diplomacy against a backdrop of degenerate nobility. Written with the same sense of curiosity about character and customs that underlies the works of Froissart's contemporary, Chaucer, the Chronicles are a magnificent evocation of the age of chivalry.

For more than seventy years, Penguin has been the leading publisher of classic literature in the English-speaking world. With more than 1,700 titles, Penguin Classics represents a global bookshelf of the best works throughout history and across genres and disciplines. Readers trust the series to provide authoritative texts enhanced by introductions and notes by distinguished scholars and contemporary authors, as well as up-to-date translations by award-winning translators.

The Chronicles of Narnia