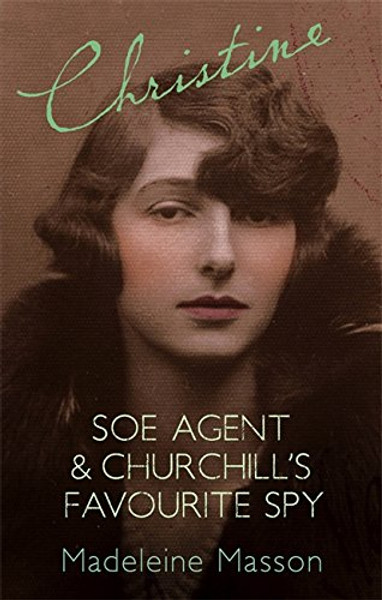 Christine Granville, G.M., O.B.E. and Croix de Guerre, one of the most successful women agents of the Second World War and said to have been Churchill's 'favourite spy', was murdered, aged 37, in a London Hotel in 1952. Her actions as a British secret agent in Poland, Hungary and France were legendary even in her lifetime and she repeatedly risked her life to undertake dangerous missions. Her exploits began after the fall of Poland when she became a British agent; organising the escape of British prisoners-of-war, Polish pilots and refugees and returning to Poland, her homeland, to set up escape routes and report on German troop movements. Her capture by the Gestapo led to a dramatic escape from Budapest in the boot of a car followed by travels through Turkey and Syria to Cairo. Christine is an inspiring and unforgettable true story.

My Life in Churchill's School for Spies: The Secret Ministry of Ag. & Fish

Memories of an SOE Historian