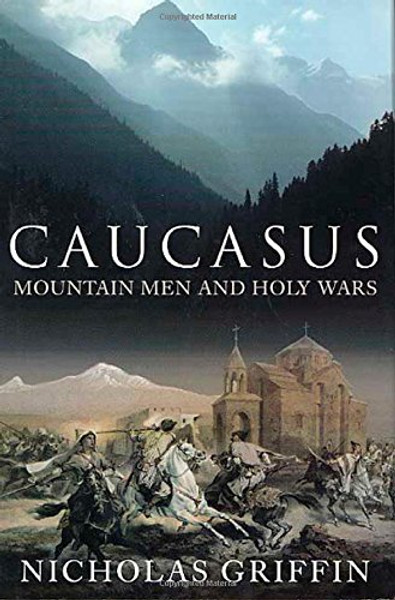 When the Russians bombed the capital of Muslim Chechnya in 2000, a city with almost a half million people was left with barely a single building intact. Rarely since Dresden and Stalingrad has the world witnessed such destruction.

The Caucasus is a jagged land. With Turkey to the west, Iran to the south, and Russia to the north, the Caucasus is trapped between the Black Sea and the Caspian Sea. If it didn't already possess the highest mountain range in Europe, the political pressure exerted from all sides would have forced the land to crack and rise. Alexander the Great, Genghis Khan, Tamerlane, Peter the Great, Hitler, and Stalin all claimed to have conquered the region, leaving it a rich, but bloody history. A borderland between Christian and Muslim worlds, the Caucasus is the front line of a fascinating and formidable clash of cultures: Russia versus the predominantly Muslim mountains.

Award-winning writer Nicholas Griffin travels to the mountains of the Caucasus to find the root of todays conflict. Mapping the rise of Islam through myth, history, and politics, this travelogue centers on the story of Imam Shamil, the greatest Muslim warrior of the nineteenth century, who led a forty-year campaign against the invading Russians. Griffin follows Imams legacy into the war-torn present and finds his namesake, the Chechen warlord Shamil Basayev, continuing his struggle.

Enthralling and fiercely beautiful, Caucasus lifts the lid on a little known but crucially important area of world. With approximately 100 billion barrels of crude oil in the Caspian Sea combined with an Islamic religious interest, it is an unfortunate guarantee that the tragedies that have haunted these jagged mountains in the past will show no sign of abating in the near future.

The Mountain Valley War: A Novel

The Last Heroes (Men at War)

The Post-Soviet Wars: Rebellion, Ethnic Conflict, and Nationhood in the Caucasus

Revolution!: The Call to Holy War