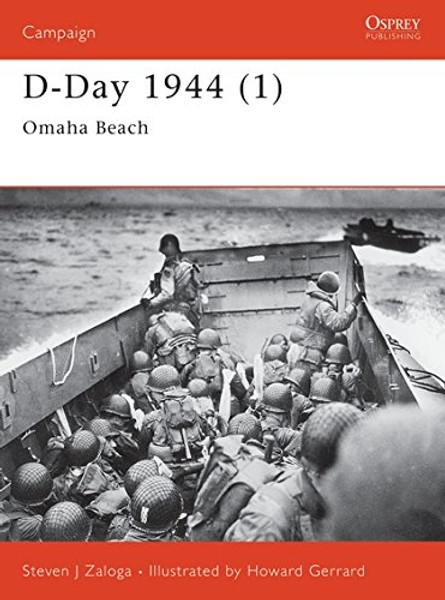 The first title in Osprey's survey of the D-Day landings of World War II (1939-1945). The D-Day landings of 6 June 1944 were the largest amphibious military operation ever mounted. The greatest armada the world had ever seen was assembled to transport the Allied invasion force across the Channel and open the long-awaited second front against Hitler's Third Reich. Of the landings on the five assault beaches, Omaha Beach was the only one ever in doubt. Within moments of the first wave landing a third of the assault troops were casualties. Yet by the end of D-Day the Atlantic Wall had been breached and the US Army's V Corps was firmly entrenched on French soil.