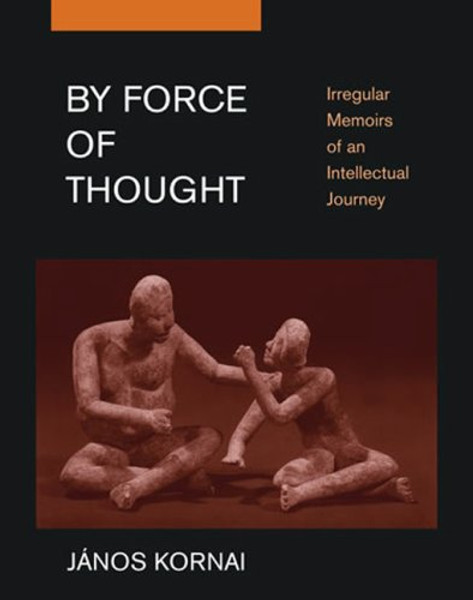 Jnos Kornai, a distinguished Hungarian economist, began his adult life as an ardent believer in socialism and then became a critic of the communist political and economic system. He lost family members in the Holocaust, contributed to the ideological preparation for the 1956 Hungarian Revolution, and became an influential theorist of the post-Soviet economic transition. He has been a journalist, a researcher prohibited from teaching in his home country, and a tenured professor at Harvard. By Force of Thought traces Kornai's lifelong intellectual journey and offers a subjective complement to his academic research.

Disenchanted with communism, Kornai published Overcentralization (1956), the first book written by someone living behind the Iron Curtain to be openly critical of Soviet-style economics. Although it was attacked in Hungary, it was hailed by Western economists. The Kornai-Liptk theory on two-level planning captured the attention of mathematical economists. Kornai went on to publish the controversial Anti-Equilibrium (1971), a critique of the general equilibrium theory underpinning mainstream economic analyses of markets, Economics of Shortage (1980), The Road to a Free Economy (1990), and the summary of his lifetime research, The Socialist System (1992). An intellectual emissary between East and West, Kornai commuted between Harvard and Budapest for many years.

Kornai's memoir describes his research -- including his present-day evaluation of his past work -- as well as the social and political environments in which he did his work. The difficulties faced by a critic of central planning in a communist country are made especially vivid by material from newly opened secret police files and informers' reports on his activities. By Force of Thought will be an essential resource for students of economic thought, socialist systems, and postsocialist transition, and for readers interested in Eastern European intellectual life before, during, and after communism.

Out of the Blue: A Journey through the World's Oceans (MIT Press)