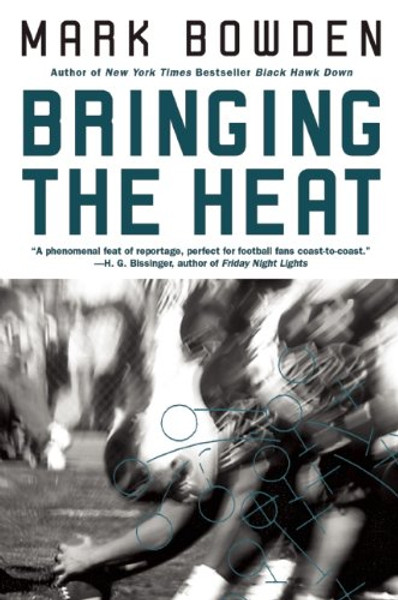 Bringing the Heat is the story of one team's season-long campaign for the NFL championship, told through the personal stories of the men on the field and the coaches, managers, and owner on the sidelines. The team is the 1992 Philadelphia Eagles, a group of players assembled in the iconoclastic image of their former head coach Buddy Ryan. They are known throughout the league for their ferocious defense and for the otherworldly talents of their quarterback Randall Cunningham.
Award-winning journalist Mark Bowden gets deep inside the world of professional football in a way no writer has ever done before, with an insightful and hilarious portrait of one of the most exciting teams ever to play the game. He spares none of the game's ugliness - the greed, the racism, and the often sadistic violence - while capturing the beauty of athleticism at its highest level, the courage of men who face each play knowing that one bad hit can end a career, and above all the exultant glory of victory that inspires their struggle to be the best.

Bringing It to the Table: On Farming and Food

Bringing the Rain to Kapiti Plain

Bringing Nothing To The Party

The Text of the New Testament: Its Transmission, Corruption, and Restoration (4th Edition)