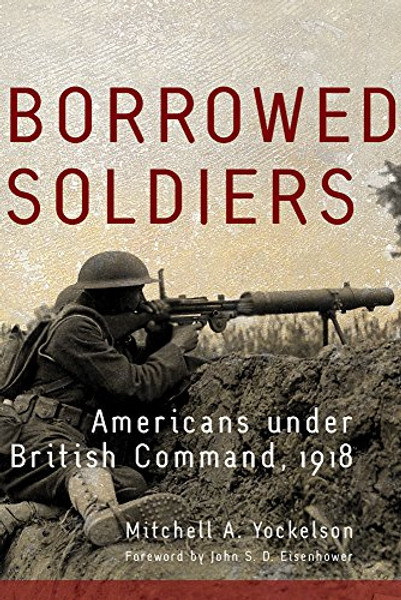 The combined British Expeditionary Force and American II Corps successfully pierced the Hindenburg Line during the Hundred Days Campaign of World War I, an offensive that hastened the wars end. Yet despite the importance of this effort, the training and operation of II Corps has received scant attention from historians.

Mitchell A. Yockelson delivers a comprehensive study of the first time American and British soldiers fought together as a coalition forcemore than twenty years before D-Day. He follows the two divisions that constituted II Corps, the 27th and 30th, from the training camps of South Carolina to the bloody battlefields of Europe. Despite cultural differences, General Pershings misgivings, and the contrast between American eagerness and British exhaustion, the untested Yanks benefited from the experience of battle-toughened Tommies. Their combined forces contributed much to the Allied victory.

Yockelson plumbs new archival sources, including letters and diaries of American, Australian, and British soldiers to examine how two forces of differing organization and attitude merged command relationships and operations. Emphasizing tactical cooperation and training, he details II Corps performance in Flanders during the Ypres-Lys offensive, the assault on the Hindenburg Line, and the decisive battle of the Selle.

Featuring thirty-nine evocative photographs and nine maps, this account shows how the British and American military relationship evolved both strategically and politically. A case study of coalition warfare, Borrowed Soldiers adds significantly to our understanding of the Great War.

The Gettysburg Campaign: A Study in Command