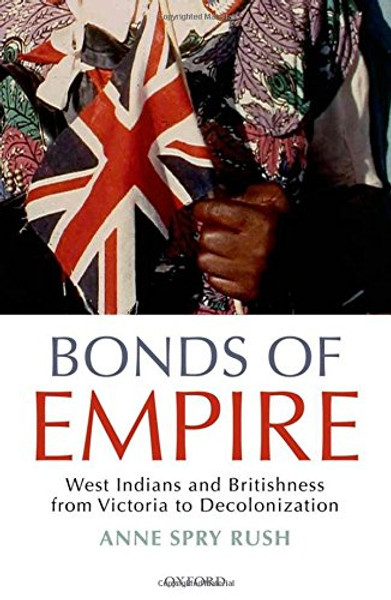 In the first half of the twentieth century Britishness was an integral part of the culture that pervaded life in the colonial Caribbean. Caribbean peoples were encouraged to identify with social structures and cultural values touted as intrinsically British. Many middle-class West Indians of colour duly adopted Britishness as part of their own identity. Yet, as Anne Spry Rush explains in Bonds of Empire, even as they re-fashioned themselves, West Indians recast Britishness in their own image, basing it on hierarchical ideas of respectability that were traditionally British, but also on more modern expectations of racial and geographical inclusiveness. Britain became the focus of an imperial British identity, an identity which stood separate from, and yet intimately related to, their strong feelings for their tropical homelands.

Moving from the heights of empire in 1900 to the independence era of the 1960s, Rush argues that middle-class West Indians used their understanding of Britishness first to establish a place for themselves in the British imperial world, and then to negotiate the challenges of decolonization. Through a focus on education, voluntary organization, the challenges of war, radio broadcasting, and British royalty, she explores how this process worked in the daily lives of West Indians in both the Caribbean and the British Isles. Bonds of Empire thus traces West Indians' participation in a complex process of cultural transition as they manipulated Britishness and their relationship to it not only as colonial peoples but also as Britons.

Decolonization: Perspectives from Now and Then (Rewriting Histories)