Blotto Twinks And The Riddle Of The Sphinx 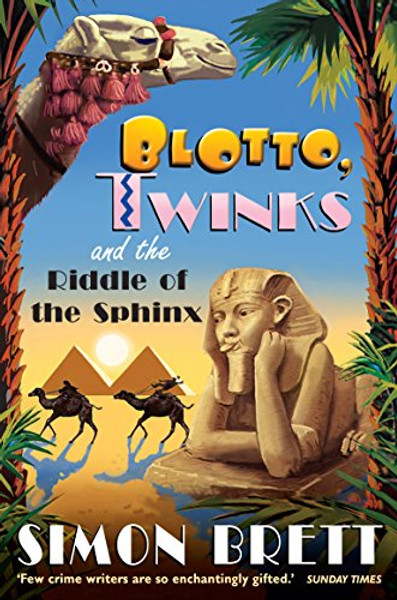 Blotto Twinks And The Riddle Of The Sphinx

The curse of Pharaoh Sinus Nefertop is upon Blotto so it's up to Twinks to banish it!

Yet another financial crisis at Tawcester Towers! So this time the Dowager Duchess decides to sell off the less important family possessions, which have, for a long time, been consigned to the attics of the ancestral home.

Blotto and Twinks are dispatched to help the valuer as he carries out an inspection. Not much of any worth is found but then the valuer spies some Egyptian artifacts, collected by the tenth duke, Rupert the Egyptologist. In some excitement he rushes back to London to consult his reference books, leaving Blotto and Twinks alone in the attic, where they are drawn to a sarchophagus decorated with hieroglyphs. Twinks starts to translate: 'Anyone who desecrates this shrine will be visited by the Pharoah's curse...' - just as Blotto prises the lid off.

From that moment on a series of unpleasant incidents start happening at Tawcester Towers but it is only when the Dowager Duchess's precious pug is struck down with a stomach bug that she instructs her son to sort things out and stop the accelerating sequence of disasters.

It's the brainy Twinks who decide the only thing to be done is to put the genie back in the bottle and so she, together with Blotto and their trusty chauffeur Corky Froggett, undertake take the sarcophagus back to Egypt, to the Valley of the Kings as only when this is done will the effect of the Pharoah's curse be lifted...

True Love, the Sphinx, and Other Unsolvable Riddles: A Comedy in Four Voices

The Laughter of the Sphinx

Anastasia: The Riddle of Anna Anderson

Riddles in Your Teacup