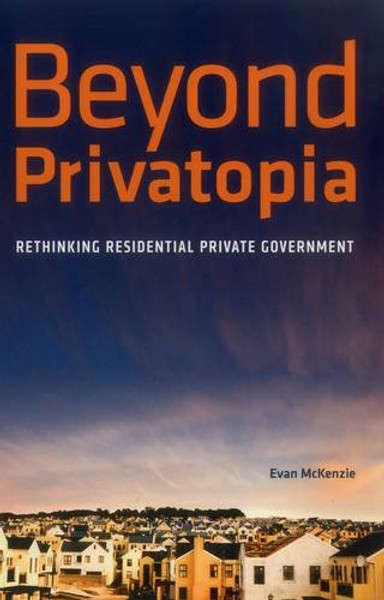 In Beyond Privatopia: Rethinking Residential Private Government, attorney and political science scholar Evan McKenzie explores emerging trends in private governments and competing schools of thought on how to operate them, from state oversight to laissez-faire libertarianism. The most common analyses see CIDs from a neoclassical economic, positive point of view. HoAs, this strain of analysis maintains, are more efficient and frugal than municipalities. And what could be more democratic than government of the neighbors, by the neighbors? But scholars coming from institutional analysis, communitarianism, and critical urban theory frameworks see possible repercussions. These include a developments failure leaving residents on the hook for crippling sums, capture or extension of the local state, and convergence of public and private local governments