Being Colonized: The Kuba Experience in Rural Congo, 18801960 (Africa and the Diaspora: History, Politics, Culture) 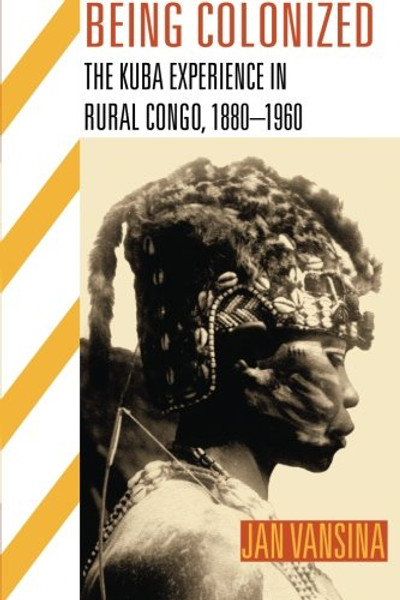 Being Colonized: The Kuba Experience in Rural Congo, 18801960 (Africa and the Diaspora: History, Politics, Culture)

What was it like to be colonized by foreigners? Highlighting a region in central Congo, in the center of sub-Saharan Africa, Being Colonized places Africans at the heart of the story. In a richly textured history that will appeal to general readers and students as well as to scholars, the distinguished historian Jan Vansina offers not just accounts of colonial administrators, missionaries, and traders, but the varied voices of a colonized people. Vansina uncovers the history revealed in local news, customs, gossip, and even dreams, as related by African villagers through archival documents, material culture, and oral interviews.
Vansinas case study of the colonial experience is the realm of Kuba, a kingdom in Congo about the size of New Jerseyand two-thirds the size of its colonial master, Belgium. The experience of its inhabitants is the story of colonialism, from its earliest manifestations to its tumultuous end. What happened in Kuba happened to varying degrees throughout Africa and other colonized regions: racism, economic exploitation, indirect rule, Christian conversion, modernization, disease and healing, and transformations in gender relations. The Kuba, like others, took their own active part in history, responding to the changes and calamities that colonization set in motion. Vansina follows the regions inhabitants from the late nineteenth century to the middle of the twentieth century, when a new elite emerged on the eve of Congos dramatic passage to independence.

The Black Diaspora: Five Centuries of the Black Experience Outside Africa

Sng in Africa and the African Diaspora (African Expressive Cultures)

The African Diaspora: A History Through Culture (Columbia Studies in International and Global History)

The Making of South Africa: Culture and Politics