Before the Eyes of the World: Mexico and the 1968 Olympic Games 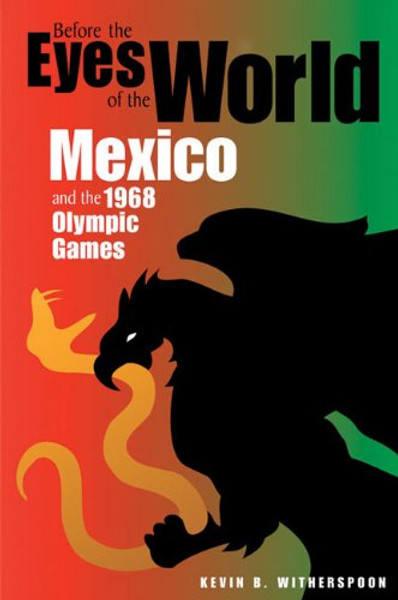 Before the Eyes of the World: Mexico and the 1968 Olympic Games

Mexican leaders eagerly anticipated the attention that hosting the worlds most visible sporting event would bring, yet they could not have predicted the array of conflicts that would play out before the eyes of the world during the notorious 1968 Mexico City Olympics. Following 20 years of economic growth and political stabilityknown as the Mexican miracleMexican policy makers escaped their prior image of being economically underdeveloped to successfully craft an image of a nation that was both modern and cosmopolitan but also steeped in culture and tradition. Buoyed by this new image, they set their sights on the Olympic bid, and they not only won but also prepared impressive facilities.

Prior to the opening ceremonies, several controversies emerged, the most glaring of which was a student protest movement that culminated in a public massacre, leaving several hundred students dead. Less dramatic were concerns that athletes would suffer harm in the high elevation and thin air, debates over the nature of amateurism, threats by nations opposing apartheid to boycott if South Africa was allowed to compete, and the introduction of drug and gender testing. Additionally the Olympics provided a forum for the United States and the Soviet Union to carry their Cold War rivalry to the playing fielda way to achieve victory without world destruction at stake.

During the Games, one of the most significant controversies occurred when two African American athletes, Tommie Smith and John Carlos, raised their fists in the Black Power salute while on the medal stand. This gesture brought worldwide attention to racism within the United States and remains a lasting image of both the Mexico City Olympics and the Civil Rights movement. Although the Olympics are intended to bring athletes of the world together for harmonious competition, the 1968 Games will long be remembered as fraught with discord. This ambitious and comprehensive study will appeal to those interested in U.S. history, Latin American history, sports history, and Olympic history.

Change the World Before Bedtime

Not the Triumph but the Struggle: The 1968 Olympics and the Making of the Black Athlete