Battleaxe Divison: From Africa to Italy With the 78th Division 1942-45 (British Army at War) 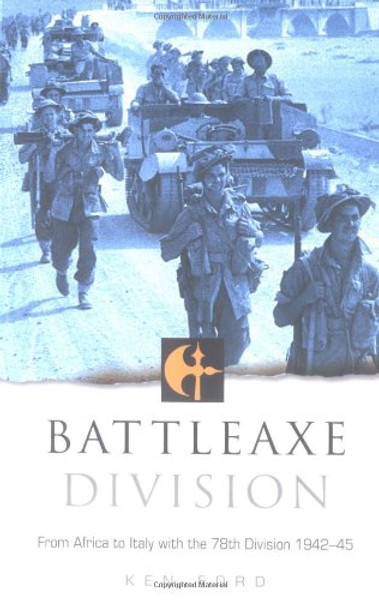 Battleaxe Divison: From Africa to Italy With the 78th Division 1942-45 (British Army at War)

In 1942, 78th Division was raised specifically for the North African invasion. From the time that the Division landed at Algiers there were to be few easy days, and the campaigning through Tunisia, Sicily and Italy was a tale of bitterly fought actions in a harsh terrain against a skilful enemy. In its first year of action alone, 78th Division suffered 10,000 casualties. Longstop Hill, Centuripe, Termoli, Cassino, the Gustav Line, the Argenta Gap; there was always one more river to cross, another defended mountain line to breach. Ken Ford brings out how quickly the Division developed its fighting power and shows how success resulted from an all-arms effort by infantry, amour, artillery, transport, and especially engineers. Yet it is the resilience and sacrifice of now vanished County infantry regiments that rightly form the core of the book. Using first hand accounts of men who actually fought with the 78th Division, and fully illustrated with photographs and maps, this is a fitting tribute to the soldiers of the Battleaxe Division.

War and Conflict in Africa

Slavery and the British Empire: From Africa to America