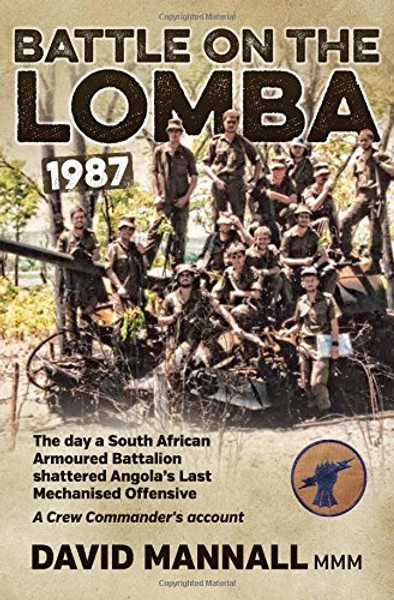 1985 saw the first large-scale mechanized offensive in Southern African history. Russian Generals planned and oversaw the offensive but without properly accounting for the tenacity of UNITA (supported by the South African Defense Forces - SADF) or the treacherous terrain typical in the rainy season. The '85 offensive floundered in the mud and FAPLA returned to their capital Luanda. The South Africans stood down, confident their 'covert' support for UNITA had demonstrated the folly of prosecuting war so far from home against Africa's military Superpower.

As Cuban and Angola fighter pilots honed their skills over the skies of Northern Angola, David Mannall, a normal 17-year old kid completing High School, was preparing for two years of compulsory military service before beginning Tertiary education. Through a series of fateful twists he found himself leading soldiers in a number of full-scale armored clashes including the largest and most decisive battle on African soil since World War II.

This is the David and Goliath story that, due to seismic political changes in the region, has never been truthfully told. The author lifts the hatch on his story of how Charlie Squadron, comprising just twelve 90mm AFVs crewed by 36 national servicemen, as part of the elite 61 Mechanized Battalion, engaged and effectively annihilated the giant FAPLA 47th Armored Brigade in one day - 3 October 1987. Their 90mm cannons were never designed as tank-killers but any assurances that it would never be used against heavy armor were left in the classroom during the three-month operation and never more starkly than the decisive 'Battle on The Lomba River'. The Communist-backed offensive died that day along with hundreds of opposition fighters.

47th Brigade survivors abandoned their remaining equipment, fleeing north across the Lomba, eventually joining the 59th Brigade in what became a full-scale retreat of over ten thousand soldiers to Cuito Cuanevale. ## The myth perpetuated by post-apartheid politicians goes something like this the SADF force that destroyed 47th Brigade on 3 October numbered 6,000 men and that all the hard yards were run by the long suffering UNITA! The inconvenient truth is that there were just 36 South African boys on the frontline that day, but it is also true to say they would never have achieved such a stunning victory without the support of many more. This is their story.


a compelling study of how young men trained, lived, and fought together, transforming from teenagers into top-notch soldiers.
Michigan War Studies Review

Shattered Sword: The Untold Story of the Battle of Midway