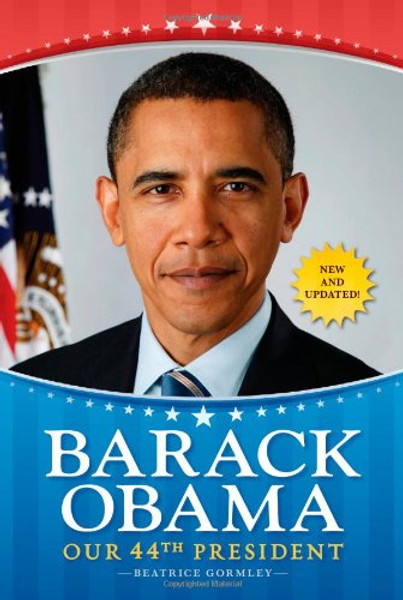 Right on time for election season comes an updated biography of our 44th Presidentwritten just for kids!

President Barack Obamas election in 2008 energized the United States and the world. And though the last few years havent been easy, this president has spent a lifetime overcoming obstacles.
President Barack Obamas early involvement with politics was inspired by his mothers interest in the controversial social issues of her timesa passion that she passed on to her son. As the first African America editor of the Harvard Law Review, the first African American presidential nominee of a major political party, and eventually the first African American president of the United States, Barack Obama has consistently shattered barriersbarriers that some people thought could never be overcome.
However, President Obamas life has had its challenges. Born to a Kenyan father and an American mother, Barack grew up in Hawaii and Indonesia, where he faced discrimination and struggles with his own racial identity. Despite these obstacles, Barack persevered and had a successful political career even before his historic win in the 2008 presidential election.
Containing vital and current information, this biography will bring you up to date with all the latest from the Oval Office, and much more!

The American Presidents: Biographies of the Chief Executives from George Washington to Barack OBama

Hopeless: Barack Obama and the Politics of Illusion

American Presidents: Biographies of the Chief Executives from George Washington to Barack Obama

The Amateur: Barack Obama in the White House

Hopes And Dreams: The Story of Barack Obama