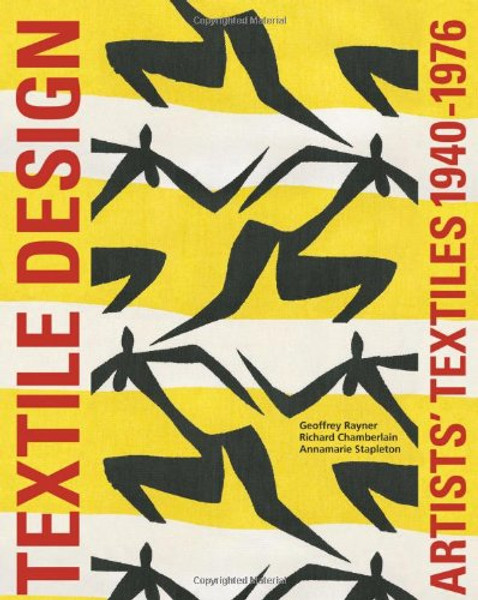 The development of textiles as an art form between 1945 and 1970, and the extent of collaboration between artists and textile manufacturers at this time, is unrivalled in modern art history. Raoul Dufy was the first twentieth-century artist to become seriously and successfully involved in producing textile designs. His work influenced and encouraged many other artists and textile companies in Britain, on the Continent and in America. After the war this movement really flowered with the involvement of leading artists of the day: Picasso, Matisse, Moore, Nicholson, and Steinberg, to name a few... This book is an important and comprehensive survey of this art form in Britain and America. There are approximately 200 color images, many of which have never been seen before, alongside specially commissioned photography. Beautifully designed, Artists' Textiles: In America and Britain 1945-1976 is a companion volume to Jacqueline Groag ISBN 9781851495900 and Shirley Craven and Hull Traders ISBN 9781851496082, both recently published, to great acclaim, by Antique Collectors' Club, and to Zandra Rhodes: Textile Revolution, Medals, Wiggles and Pop 1961-1971 ISBN 9781851496488. Major artists featured: Pablo Picasso, Salvador Dali, Henri Matisse, Henry Moore, Saul Steinberg, Eduardo Paolozzi, Fernand Leger, Ben Nicholson.

Egypt, Greece, and Rome: Civilizations of the Ancient Mediterranean