Art Without Boundaries - The World of Modern Dance 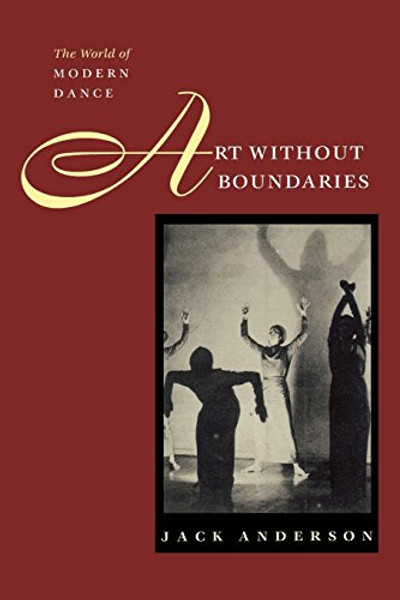 Art Without Boundaries - The World of Modern Dance

International in scope and heterogeneous in aesthetics, modern dance reaches across all boundaries, defying or redefining the conventions and time periods of countries where it has flourished. Out of his long experience as dance critic for the New York Times and the Dancing Times of London, Jack Anderson gives us this important, compre-hensive history of one of the liveliest and most unpredictable of the arts, illustrated with thirty-six images of dancers, dances, and choreographers. Treating modern dance as a self-renewing art, Anderson follows its changes over the decades and discusses the visionary choreographers (some of whose lives are as colourful and tumultuous as their creations) who have devised new modes of movement. 'Art without Boundaries' begins with an analysis of the rich mixture of American and European influences at the end of the nineteenth century that prompted dancers to react against established norms. Anderson shows how reformist social and educational ideas as well as the impact of the arts of Asia and ancient Greece led such pioneers as Loie Fuller, Maud Allan, Isadora Duncan, and Ruth St. Denis to forge deeply personal views. Anderson discusses the increasingly bold approaches of choreographers and dancers after World War I, how the politically troubled thirties gave rise to social protest dance in America, and how the menace of facism was reflected in the work of European practitioners. Following World War II many European nations turned to ballet, whereas American modern dance prospered under inventive new choreographers like lose Limon, Merce Cunningham, Paul Taylor, and Alwin Nikolais. The book concludes with an authoritative view of how modern dance thrives once again on a worldwide basis. Renowned for his dance criticism, Jack Anderson is also an accomplished and widely published poet. For many years his colourful and precise writing on dance has appeared in such leading dance publications as the New York Times, Dancing Times, and Dance Magazine. He has taught and served on critical panels at dance seminars and festivals throughout the world. He is also the author of Choreography Observed, Ballet and Modern Dance: A Concise History, and The American Dance Festival, among others.

The Utility of Force: The Art of War in the Modern World