And My Mother Danced with Chesty Puller: Adventures of a Marine in the rear, to combat in Vietnam 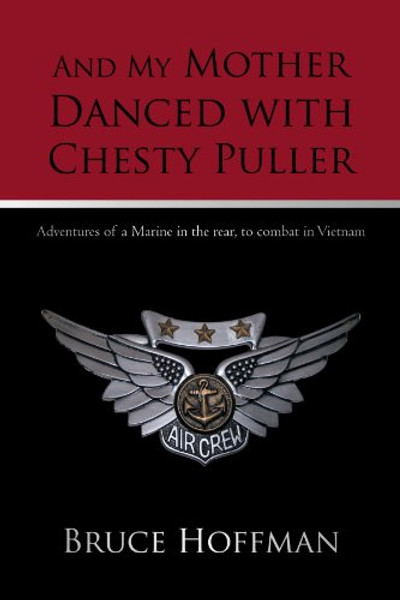 And My Mother Danced with Chesty Puller: Adventures of a Marine in the rear, to combat in Vietnam

Bruce Hoffman spent four years in the United States Marine Corps. Two of those years were spent in Vietnam and Okinawa. And My Mother Danced with Chesty Puller is the story of a young Marine's adventures during the Vietnam War, sometimes humorous, sometimes hair-raising. The story begins with a young man drawn into the Marine Corps to become an Embassy Marine but he ends up stuck with an office job instead. He struggles to get into the fight in Vietnam, only to be stationed in South Carolina and is offered a part-time job with a bootlegger to ride shotgun. When he finally arrives in Vietnam he discovers that he isn't supposed to be there, but in Okinawa instead, which turns out to be the land of booze and brothels. He was able to find a few girlfriends along the way, not only in South Carolina and Okinawa, but in Singapore, Taiwan, and Vietnam. Marines weren't all in combat; many were in the rear with the beer. After volunteering three times for Vietnam he was able to transfer to Marine Corps Helicopter Squadron VMO-2, and fly as an Aerial Gunner in UH-1E Huey Helicopters. Finally, he became a Marine in combat.

My Amazing Adventures with God

In the Company of Marines: A Surgeon Remembers Vietnam