An Army in Exile: The Story of the Second Polish Corps (Allied Forces Series) 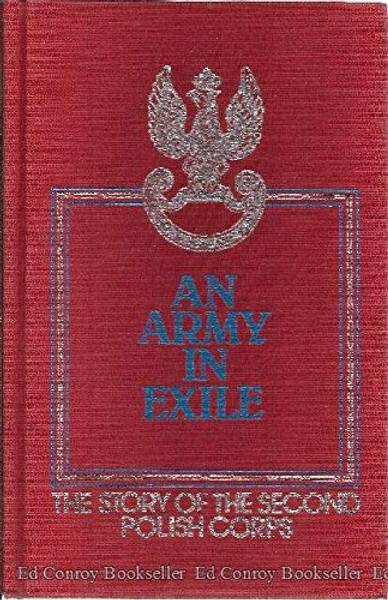 An Army in Exile: The Story of the Second Polish Corps (Allied Forces Series)

An Army in Exile: The Story of the Second Polish Corps
by Lt. General W. Anders, C.B.

Originally published in 1949 and first reprint by Battery Press in 1981, this book describes the political conflicts which marked the birth of the unit in Russian POW camps in 1942, its training in Iraq under British supervision, and the heavy combat operations in Italy from the battle of Monte Cassino to victory at the River PO. Also covered is the monumental task of the Polish government in exile to find new homes for its men after the Russian occupation of their homeland.

All books are shipped through the U.S. Postal Office using Media Mail service. Typically delivery times are between 1 and 2 weeks. Please be advised, certain destinations in the U.S. may take longer.

Splitting The Second: The Story of Atomic Time

Recollections of A Private: A Story of The Army of The Potomac