Aid to Africa: So Much To Do, So Little Done (Century Foundation Book) 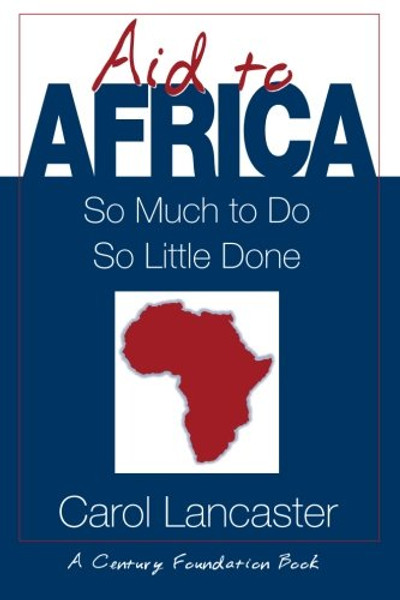 Aid to Africa: So Much To Do, So Little Done (Century Foundation Book)

Why, despite decades of high levels of foreign aid, has development been so disappointing in most of Sub-Saharan Africa, leading to rising numbers of poor and fueling political instabilities? While not ignoring the culpability of Africans in these problems, Carol Lancaster finds that much of the responsibility is in the hands of the governments and international aid agencies that provide assistance to the region. The first examination of its kind, Aid to Africa investigates the impact of bureaucratic politics, special interest groups, and public opinion in aid-giving countries and agencies. She finds that aid agencies in Africa often misdiagnosed problems, had difficulty designing appropriate programs that addressed the local political environment, and failed to coordinate their efforts effectively.

This balanced but tough-minded analysis does not reject the potential usefulness of foreign aid but does offer recommendations for fundamental changes in how governments and multilateral aid agencies can operate more effectively.

I So Don't Do Makeup

Marriage is So Much More, Lord

So Much Reform, So Little Change: The Persistence of Failure in Urban Schools

I So Don't Do Mysteries

So Far, So Good: A Memoir