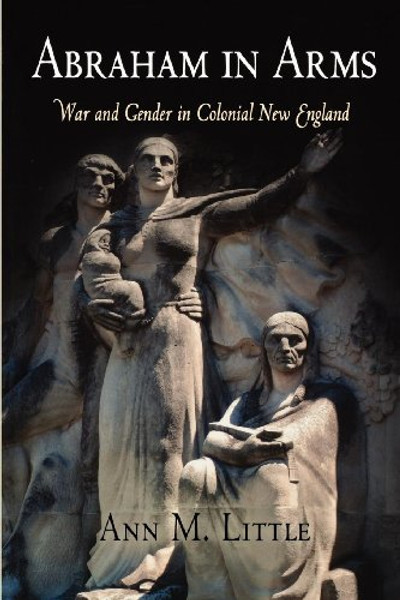 In 1678, the Puritan minister Samuel Nowell preached a sermon he called Abraham in Arms, in which he urged his listeners to remember that Hence it is no wayes unbecoming a Christian to learn to be a Souldier. The title of Nowell's sermon was well chosen. Abraham of the Old Testament resonated deeply with New England men, as he embodied the ideal of the householder-patriarch, at once obedient to God and the unquestioned leader of his family and his people in war and peace. Yet enemies challenged Abraham's authority in New England: Indians threatened the safety of his household, subordinates in his own family threatened his status, and wives and daughters taken into captivity became baptized Catholics, married French or Indian men, and refused to return to New England.

In a bold reinterpretation of the years between 1620 and 1763, Ann M. Little reveals how ideas about gender and family life were central to the ways people in colonial New England, and their neighbors in New France and Indian Country, described their experiences in cross-cultural warfare. Little argues that English, French, and Indian people had broadly similar ideas about gender and authority. Because they understood both warfare and political power to be intertwined expressions of manhood, colonial warfare may be understood as a contest of different styles of masculinity. For New England men, what had once been a masculinity based on household headship, Christian piety, and the duty to protect family and faith became one built around the more abstract notions of British nationalism, anti-Catholicism, and soldiering for the Empire.

Based on archival research in both French and English sources, court records, captivity narratives, and the private correspondence of ministers and war officials, Abraham in Arms reconstructs colonial New England as a frontier borderland in which religious, cultural, linguistic, and geographic boundaries were permeable, fragile, and contested by Europeans and Indians alike.

1812: War and the Passions of Patriotism (Early American Studies)

The Devil in the Shape of a Woman: Witchcraft in Colonial New England