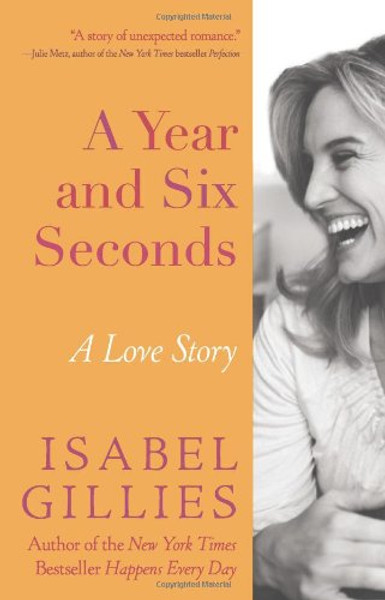 Isabel Gillies, the New York Times bestselling author of Happens Every Day, has written another irresistibly moving and funny memoir: A Year and Six Seconds: A Love Story. When our story opens, it's a dark and slushy winter in New York City, where Isabel is arriving by airplane from Ohio, two toddlers in tow, to move in with her parents; her husband has left her for another woman. In subsequent scene after hilarious scene, Isabel shares her valiant, misguided, and bumbling attempts to understand her own part in the disintegration of her marriage and to feel strong and loveable. And, one by one, she begins to cross items off a staggering single mom to-do list that includes: change last name, get bank account, get work, have breakdowns only in front of best friend and not in front of children, find rare preschool slot for son midyear in Manhattan, get along with three generations of family in tight quarters, find a man who can plant one great and romantic kiss, accept self, accept love, be happy.

She cries, she dates, she (and her mother and father and children) get the flu, and then, just when she least expects it, Isabel falls in love.

With humility and a refreshing sense of humor, Isabel stumbles many times but also laughs, forgives, discovers new treasures from old friends, marries again, and more than that, finds good love itself within and around her.

Pump Six and Other Stories