A History of Alabama's Deadliest Tornadoes: Disaster in Dixie 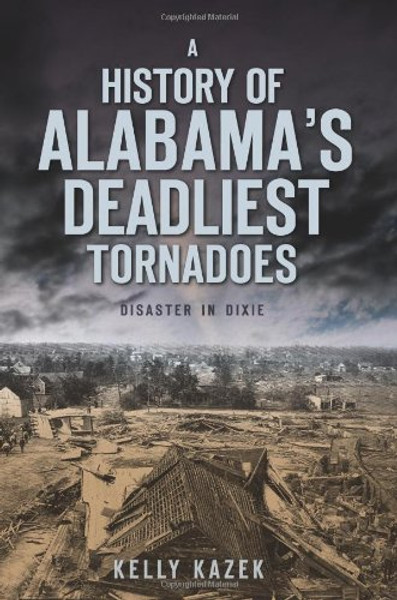 A History of Alabama's Deadliest Tornadoes: Disaster in Dixie

Journey just west of America's infamous Tornado Alley to Alabama, home to some of the deadliest tornadoes of the past century. These twisters remain etched in the collective memory of the people, from the 1908 Dixie Tornado, regarded as one of the most brutal tornadoes in U.S. history, to the 1998 Birmingham Tornado, the most expensive twister in Alabama's history. Discover how the 1932 Deep South Tornadoes resulted in 268 fatalities and millions of dollars in damage, and read the terrifying account of the 1977 Smithfield Tornadoes, which rocked this Birmingham suburb with as many as six twisters in a one-hour span. Join local journalist Kelly Kazek as she shares the tales of these natural disasters and the hardy Alabamians who endured them.

The End is Nigh: A History of Natural Disasters

Isaac's Storm : A Man, a Time, and the Deadliest Hurricane in History

The Great Influenza: The Story of the Deadliest Pandemic in History

Isaac's Storm: A Man, a Time, and the Deadliest Hurricane in History