A Different Kind of War Story (The Ethnography of Political Violence) 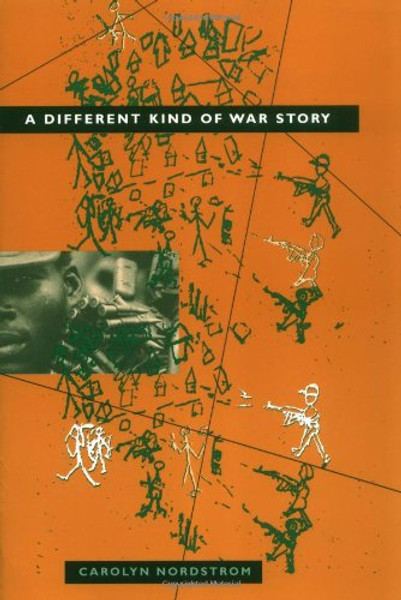 A Different Kind of War Story (The Ethnography of Political Violence)

A Different Kind of War Story takes us to the frontlines of one of the most brutal wars in recent history. The setting is Mozambique during the fifteen-year war of terror that took a million livesmostly civilianand completely destroyed homes, crops, hospitals, schools, and even access to water. The characters are the soldiers who fought it, the thieves and opportunists who profited from it, and the ordinary people whose lives were shattered by it and from whose ranks emerged the heroes and healers who created peace.

Combining contemporary theory and innovative methodology, Nordstrom explores the nature and culture of terror warfare and raises thought-provoking questions about state power, civilian resistance, and the politics of identity. She compares the conflict in Mozambique with similar conflicts and offers a new way of looking at political violence, showing that just as violence is learned, it can be unlearned.

Violence in War and Peace: An Anthology

My Father's Wars: Migration, Memory, and the Violence of a Century (Innovative Ethnographies)

It's Kind of a Funny Story

Same Kind of Different As Me