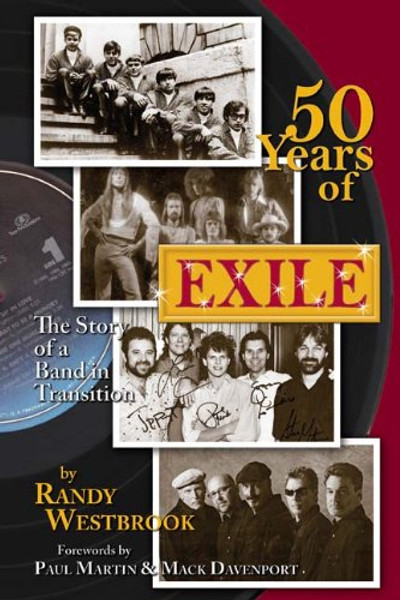 Exile is a band with a diverse history. The group formed in 1963 looking to play small clubs in Richmond, Kentucky, but managed to top both the pop and the country charts during a ten-year span in the late 1970s and 1980s. Kiss You All Over was a major hit in 1978, spending four weeks at the top of Billboard's pop chart. After several less successful follow-up singles, the band decided to make a move to country music. This resulted in 10 number one country hits. All of this success led to an induction into the Kentucky Music Hall of Fame in 2013.

The years leading up to the release of Kiss You All Over represent an important and often misunderstood period in the band's history. During this time they played on three of Dick Clark's Caravan of Stars tours, released a series of singles and two full-length albums, worked with Tommy James, and played all over the Central Kentucky area and beyond. This book pays close attention to that era. In addition, a talented group of Kentucky musicians helped to rejuvenate the band in the 1990s, and this book tells their stories as well.

This is a must read for aspiring young musicians and anyone who has been touched by the music of Exile. It shows how talent must be combined with patience, bull-dogish-stick-to-it-tive-ness, a willingness to put in the hard work that is needed to work in the music industry, and, in many cases, luck. Several people have been a part of Exile, and each member contributed in different ways. They each have a separate story, but this is the story of a band. Exile is an entity that held together. This book gives a thorough history, but it is an unfinished story because the band plays on.

THE LOST TESTAMENT - From Eden to Exile: The Five-Thousand-Year History of the People of the Bible

Pioneers of Jazz: The Story of the Creole Band

Transition: The Story of How I Became a Man