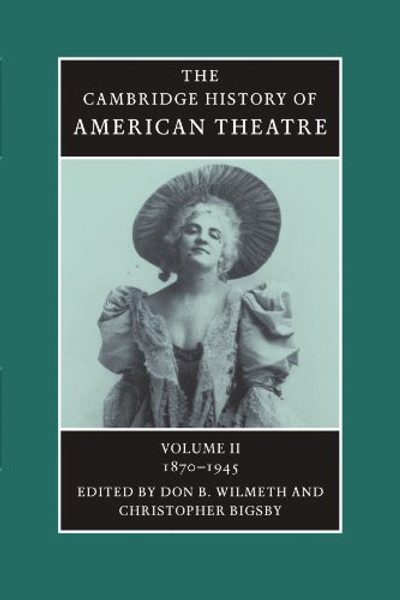 Volume Two begins in the post-Civil War period and traces the development of American theater up to 1945. It discusses the role of vaudeville, European influences, the rise of the Little Theater movement, changing audiences, modernism, the Federal Theater movement, major actors and the rise of the star system, and the achievements of notable playwrights. This volume places American theater in its social, economic, and political context.

The Cambridge History of Christianity (Volume 7)

American History: Connecting with the Past Volume 2

002: A Concise History of the American Republic: Volume 2

The Cambridge History of American Literature