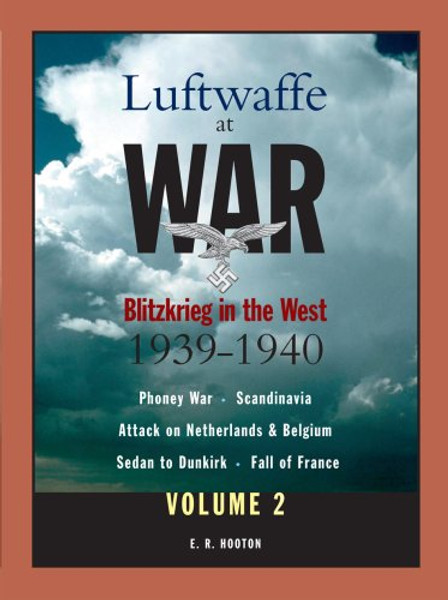 In September 1939, after years of increasing tension, the German assault on Poland unleashed warfare in Europe for the second time in a generation. For Poland's allies the speed of the German invasion, advance, and victory was a salutary warning of the potency of the massive growth in German military power since the Nazi's had come to power in 1933. With victory assured in the east, and with Poland carved up between Germany and the Soviet Union, Hitler was able to turn his attention to the west. Both Britain and France had responded to the growing crisis of the late 1930s with a significant enhancement of their military capabilities, but they still lagged behind the Germans. Many of their commanders anticipated a war similar to that fought between 1914 and 1918. When war was declared, as in 1914, Britain sent an Expeditionary Force to France with limited air support and equipped with armor that would prove to be no match for the Germans. The lack of Allied planning was emphasized by the rapid German victories in the Low Countries of France and Scandinavia. As with the victory in the east, the German success was largely the result of the integrated use of air and land power.
In the second title in this new series, author Edward Hooton examines the period between the victory over Poland in 1939 and the crushing defeats of Belgium, the Netherlands, France, Norway, and Denmark during the dark days of 1940 when, ultimately, Britain alone was left undefeated. As in the Polish campaign, the Luftwaffe's role was pivotal. It won air superiority over the theatre of operations and was able to destroy much of the enemy's material before the army swept forward.

Poland 1939: The birth of Blitzkrieg (Campaign)