1815 The Waterloo Campaign: Wellington, His German Allies and the Battles of Ligny and Quatre Bras 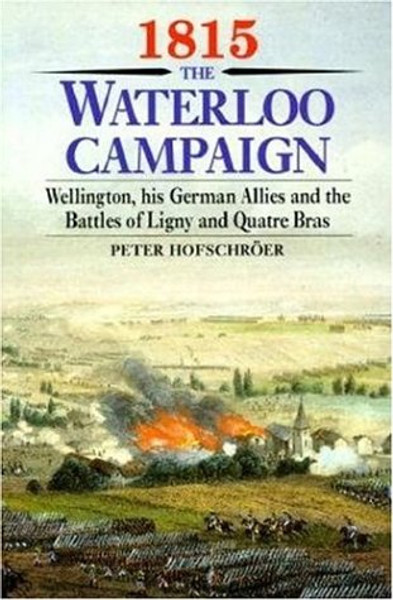 1815 The Waterloo Campaign: Wellington, His German Allies and the Battles of Ligny and Quatre Bras

Previously unpublished eyewitness accounts and battle reports German, British, and Dutch archive material published for the first time Controversial reassessment of the whole campaign Here is a unique reassessment of the Hundred Days and a powerful analysis of the epic confrontation at Waterloo. The first of two volumes, this study is a thoroughly researched examination of the opening moves of the campaign from a new perspective based on evidence never before presented to an English-speaking audience. Hofschrer arrives at far-reaching conclusions about the controversial theory that the Duke of Wellington deceived his Prussian alliesand all subsequent historians of the campaign. By presenting events from the perspective of the Germans, the author undermines the traditional view of the campaign as one fought out by the French and the British and reveals the crucial role of troops from Prussia and the German states.

Wellington: Waterloo and the Fortunes of Peace 18141852