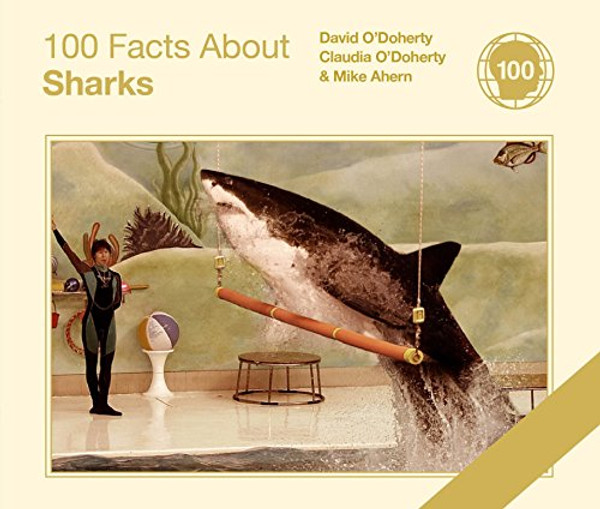 From the inimitable authors of the hilarious 100 Facts About Pandas, prepare to be amazed, shocked, and delighted bya new tome onthe only animals other than humans that celebrate birthdays
#09 Frankie Says Refax
The oceans' rarest shark is the fax machine shark, so called because of its distinctive nose and the beeping noise it makes as it swims. The animals were more common during the 1990s, but stocks have declined sharply in the new millennium.
#20 Smirky Water
Sharks are the only animals with no sense of humour whatsoever. Although they are occasionally glimpsed smiling, this is reckoned to coincide with nostalgic reminiscences about gruesome murders they have committed in the past.
Leading sharkeologists David O'Doherty, Claudia O'Doherty, and Mike Ahern bring curious readers 100 thingsthey definitely didn't know about the oceans' most terrifying creatures. Who would have everguessed, for example, that the great white shark hates jazz music, thata group of hammerhead sharks is called a toolbelt, thatthe reef shark can send intimidating telephone text messages with its mind, thatDancing with the Sharks was Bulgarian TV's least successful television show, or that the word shark actually looks quite a bit like a shark?Eachlucky reader'sknowledge of sharks is about to get 100 facts more knowledgeable.

The Real Facts about Ethiopia

The U.S. Constitution And Fascinating Facts About It