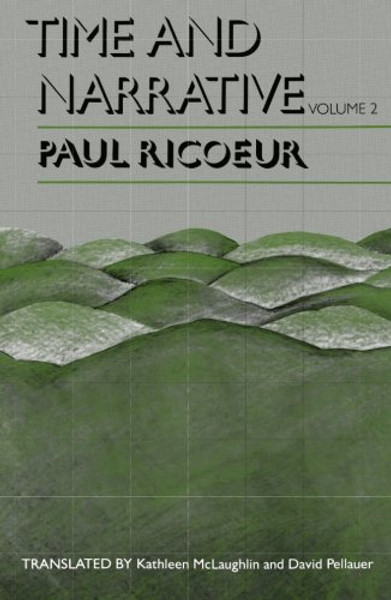 In volume 1 of this three-volume work, Paul Ricoeur examined the relations between time and narrative in historical writing. Now, in volume 2, he examines these relations in fiction and theories of literature.

Ricoeur treats the question of just how far the Aristotelian concept of plot in narrative fiction can be expanded and whether there is a point at which narrative fiction as a literary form not only blurs at the edges but ceases to exist at all. Though some semiotic theorists have proposed all fiction can be reduced to an atemporal structure, Ricoeur argues that fiction depends on the reader's understanding of narrative traditions, which do evolve but necessarily include a temporal dimension. He looks at how time is actually expressed in narrative fiction, particularly through use of tenses, point of view, and voice. He applies this approach to three books that are, in a sense, tales about time: Virgina Woolf's Mrs. Dalloway; Thomas Mann's Magic Mountain; and Marcel Proust's Remembrance of Things Past.

A major work of literary theory and criticism under the aegis of philosophical hermenutics. I believe that . . . it will come to have an impact greater than that of Gadamer's Truth and Methoda work it both supplements and transcends in its contribution to our understanding of the meaning of texts and their relationship to the world. Robert Detweiler, Religion and Literature

One cannot fail to be impressed by Ricoeur's encyclopedic knowledge of the subject under consideration. . . . To students of rhetoric, the importance of Time and Narrative . . . is all too evident to require extensive elaboration. Dilip Parameshwar Gaonkar, Quarterly Journal of Speech

The Civil War: A Narrative: Volume 2: Fredericksburg to Meridian

Time, Narrative, and History (Studies in Phenomenology and Existential Philosophy)